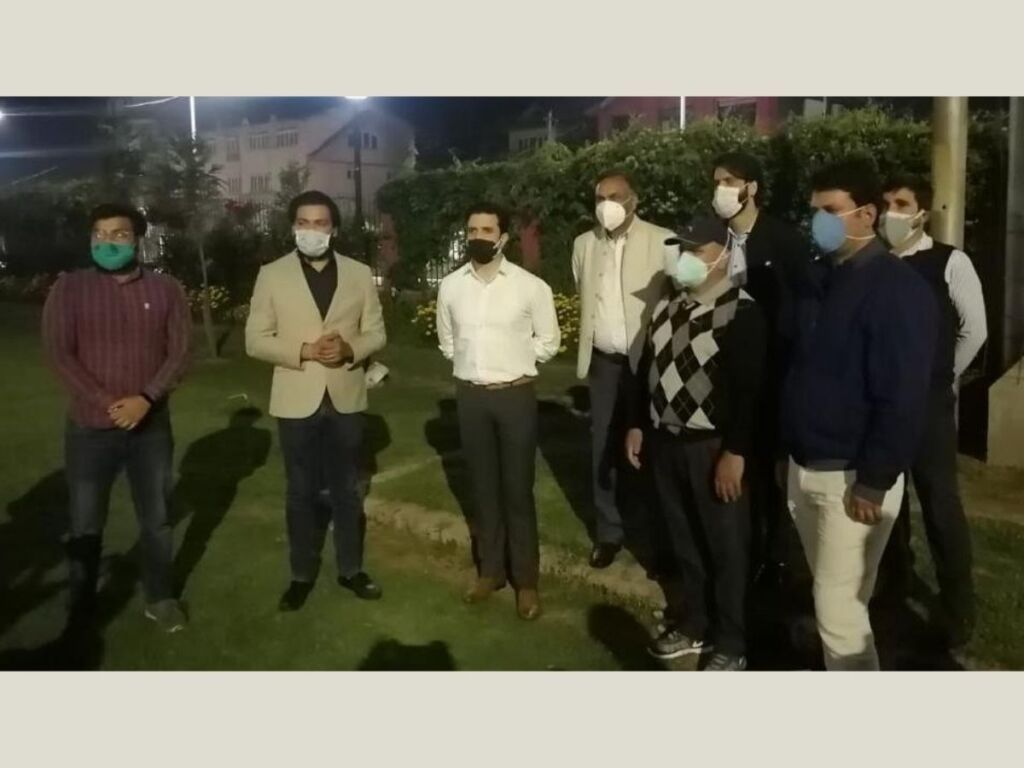 New Delhi (India), July 11: Under the brand name KPar, a group was formed in 2013 to produce and trade LED lights, wires, and IOT-based smart devices in 2016. To pursue the vision of #MADEINDIA, #SMARTINDIA, and #DIGITALINDIA, KPar Smart Home automation was launched in 2021 along with its first project in conjunction with INDIA’s Smart Cities initiatives.

Srinagar is one of the select few cities that has made a significant advancement toward being a smart city. Smart cities were established to preserve resources, use energy and power more effectively, and create a better and smarter infrastructure throughout the city.

IAS Athar Aamir Khan recognised the KPar Group for the project, together with the Commissioner of the Srinagar Municipal Corporation, the Joint Commissioner, the SHO, the Superintendent Engineer, and the Executive Engineer.

In the presence of Mr. Dev Kant Parashar (MD KPar Group), Mr. Athar Aamir Khan (Commissioner, SMC), Mr. Raja (JC Works, SMC), and Prime Members of KPCDL and SMC from Left to Right in the picture, KPar group team members installed the KPar Smart Street Light Controller for the First Stretch of Kashmir on May 24th, 2021, so that it can be operated remotely with a dashboard or through the KPar app. At the Pratap Park substation, two devices are set up to control and remotely monitor 60 lamps using the KPar Smart App or the KPar Smart Dashboard.

According to a survey, 65 per cent of the energy used in a city is used to power its street lights. With the help of the KPar-led smart street light controller, 30 per cent of that energy can be saved in addition to the following features:

Smart Products by KPar aids in pointing out errors for official live correction. Live power tracking and automatic scheduling switch on and off. Removing devices like voltmeters, amp metres, by eliminating the need for Hazel to go to the substations for metre reading, save monthly and weekly reports.

According to the most recent conversation with the KPar Smart team, numerous parallel initiatives, including KPar Smart Hotel Solutions, Smart Gas Pumps, and related smart city projects with cities like Jaipur, Dehradun, Mumbai, Jammu, Lucknow, and more, are in the pipeline.

IOT technologies, application cases, and characteristics of smart street lights were described by Mr. Dev Kant Parashar and Mr. Shrey Sharma. They even showed how the KPar Smart mobile app or Smart Dashboard could be used to control and monitor lights from anywhere in the world. This will also make it very simple to identify any faults because the KPar Smart Street light controller provides real-time power parameters like energy consumption, individual phase voltage and current.

There can be more significant energy savings by scheduling the street lights to turn on and off at particular times, and there will also be remote access and power monitoring.