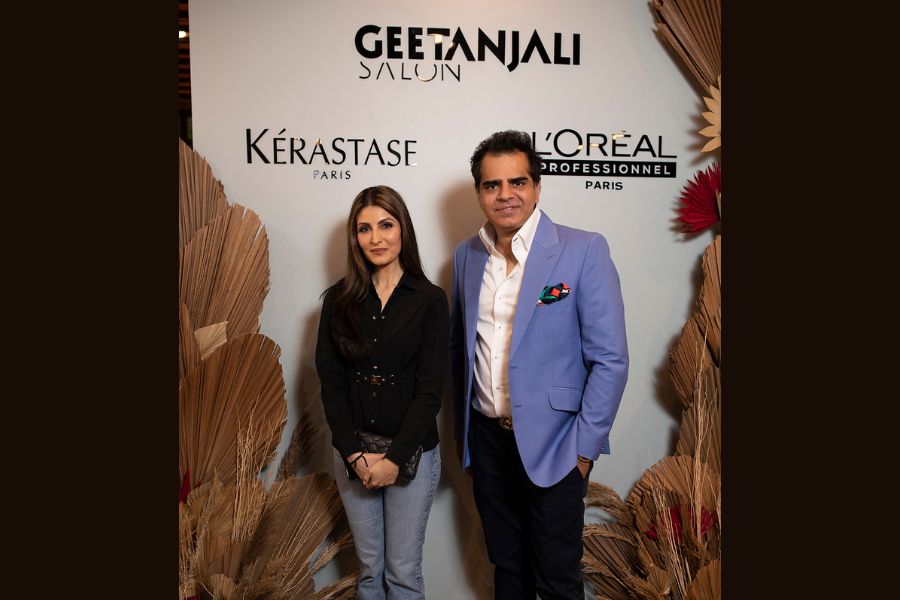 August 31: India’s leading high-street brand, Geetanjali Salon, a chain of 150 salons pan-India, launches its renovated, ultra-luxurious salon in Khan Market, New Delhi. Sumit Israni, Managing Director and celebrity hairstylist, is praised for his vehemence for the brand with sophisticated establishments at all prime locations tailored to meet diversified customers and loved by celebrities.

“Beyond thrilled to announce the launch of our new and improved Geetanjali salon in Khan Market! Spread across 4000 sq ft and two floors, the salon has been re-launched with brand new interiors. Geetanjali Salon has been a pioneer in professional beauty, hair colour, hair care and skin care over the last 33 years. We continue to mark India’s best high street salon providing exceptional services.

We believe in customization & personalization for our clients and offer them the best-in-class services and products.”

Elaborating further on the re-launch of the flagship salon in Khan Market, Riddhima Kapoor Sahni said: “The new Geetanjali salon is like a jewel in the crown, and its stunning new interiors make me keep wanting to come back to the salon for services. Kudos to Geetanjali and Sumit for always raising the bar for the salon industry”.

Recognized in North India as the Best Salon Chain, Best Salon for Interior Design and Hair Color, Geetanjali Salon recently won the Best Hair colour trophy at Indian Hairdressing Awards organized by L’Oréal Professionnel. They have a boastful list of clients like Deepika Padukone, Urvashi Rautela, Lisa Haydon, Huma Qureshi, Bruna Abdulla, Erica Fernandez and many more. Sumit Israni himself has worked on high-profile clients like Michelle Obama and Hillary Clinton. With over three decades of industry experience, Geetanjali has become the fastest growing and most stable salon empire in India, spread across 30 cities with over 3000 Creative Artists and Professionals.

The post The Most Luxurious Geetanjali Salon yet – opens in Khan Market! appeared first on Republic News Today.