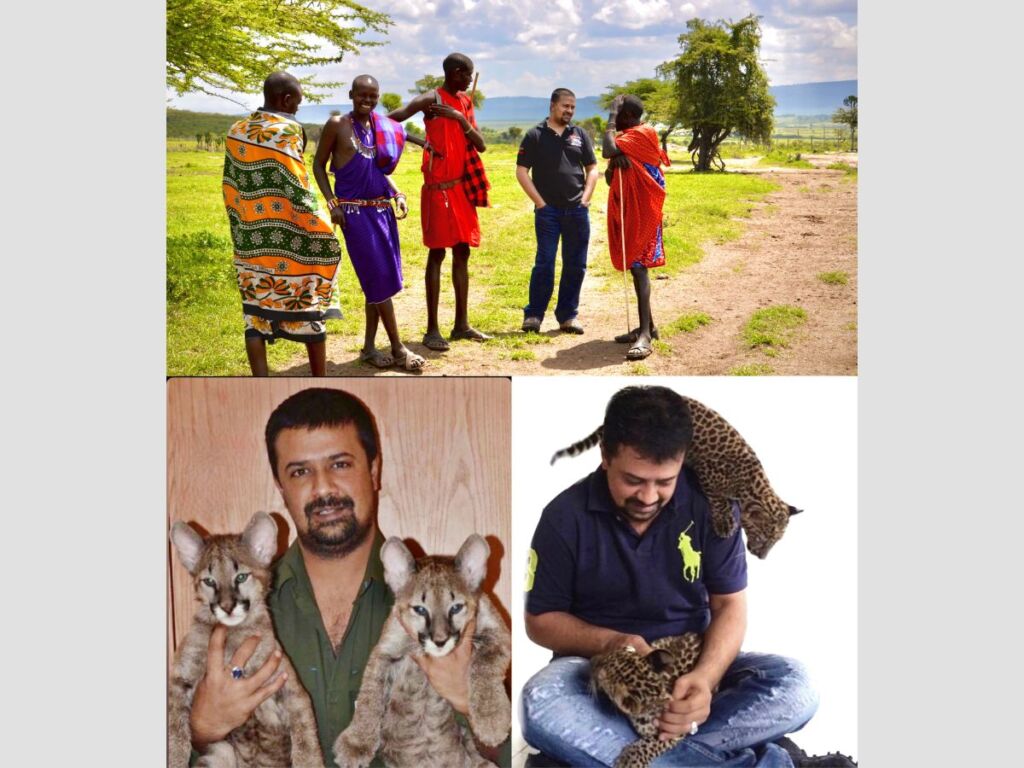 Mumbai (Maharashtra) [India], September 1: Wildlife and Nature preserver Firoz Sama has launched an awareness programme to teach people living near forest reserves about wildlife behaviours and saving nature. The training includes awareness programme about wildlife understanding the lifestyle and thought process of animals in deep jungle. Mr Firoz Sama has been a keen nature and wildlife lover since childhood, want every human living near forest or in the forest to understand the animal behaviour, which can help them to not become an easy prey of deadly forest animals.

Deforestation can lead to loss of wildlife habitat and also deprivation of their territory. The removal of trees reduces available food, shelter for animals. Again, a large portion of land animals relies on the forest as their home. It’s where they eat, sleep, breathe and reproduce. When we disrupt these areas, animals lose access to important resources and become exposed to new threats, which leave animals in search of a new place to live. Wildlife may begin infiltrating urban areas, and interaction of human with animals on large scale. Mr. Sama want to teach precautions for those who are living near these areas and make them aware of do’s and don’ts. Spending his time in India rescuing, he teaches wildlife behaviours to people living near the forest reserves.

Mr. Firoz Sama said, “I admire the concept and vision of our road transport, highway, MSMEs and union minister Mr Nitin Gadkari. He has started to make underpasses for the wild animals to cross in between highways without endangering their life’s from the stretching highways in the forest belts. This vision is a blessing for the animals who are endangered because of the human populations, deforestations and also invading into their territory, leaving them to disaster.”

The second most popular state of India Maharashtra known as the gateway of India with the largest commercial and industrial centres but is also known for its leopards. The forest is known as the lungs of the city with a large counting of wildlife dominant presents. This forest is a residence to lots of species and is a complete destination with the presence of rich fauna. Firoz Sama always tries to teach the people around about animal behaviour by their nature particularly about leopards as they are shy animals and not bold like lions and tigers.

Mr. Firoz Sama said, “Animals like leopard are intelligent creatures and will attack only if they feel you are weak or not alert. One must always carry a hard strong stick in hand like bamboo and make sounds while walking or walk with sounds with your shoes and look at all sides. If a leopard comes in front of you do not run. In case of big cats like leopards, lions or tigers, always better to stay in groups and should never leave children or your pets in sensitive areas as they surely attack them.”

Firoz Sama or The Daredevil Man is a proud owner of numerous wildlife animals like Lions, Tigers, Leopards and Panthers in his Dubai residence and his African Farm Ranch and Falcon breeding farm in Italy. The Nepal government has allotted a 100 hector forest land in the Himalayan range for making a private wildlife reserve. He is making a private resort in this land and accommodating his personal wildlife from his African ranch for visitors to enjoy the different species in one place.

He is very fond of animals and an expert in handling the wildlife as he has been living with them since childhood. The beautiful forest areas of Maharashtra, Gujarat, South India and Himalayan regions are his favourite part of India where he has spent his life learning rich wildlife of the country. He is an Indian origin but lives in Dubai and Europe mostly.

On his boundless endeavour for the wildlife and people living in and near forest, Mr. Firoz Sama further adds, “My love for jungle animals and wildlife has encouraged me to think about the people living inside the forest reserves and areas nearby. This was the time when I started to educate the people about the animal behaviour. I teach people to handle snakes and to understand the basic concepts to distinguish between poisonous snakes and non-poisonous snakes.”

Firoz Sama believes in a simple theory by believing in ‘Live and Let Live’ as the wildlife must be taken care of so that the verge of extinction can be cured. He is always on the mission to grow more and more trees and also motivates and teaches people to grow trees to save wildlife as well as human life. He is always a great motivator and perfect coach to help people understand the flora and fauna diversity around the world and have big plans for the future.