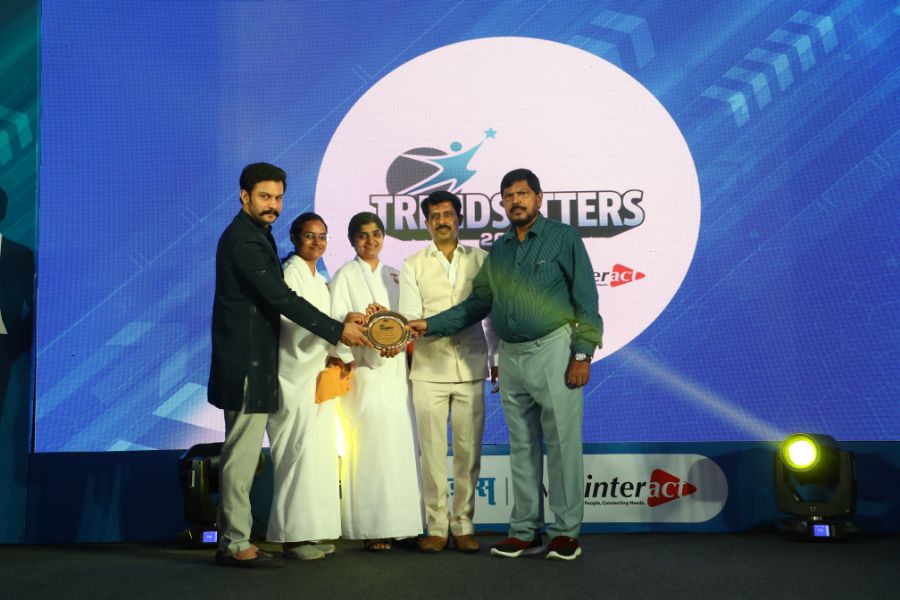 September 5: Dr. Dipak Harke was recognized as the Trendsetter 2022 for the great work that he is doing in the field of meditation and spirituality and also for being the 1st Indian to achieve the record of 174 awards.

Dr B K Dipak Harke was honoured on February 24th, 2022, at Raj Bhavan by his excellency, the honourable Governor of Maharashtra, Shri Bhagat Singh Koshiyari. The Trendsetter Awards are an annual award ceremony hosted by Times Applaud to recognize outstanding people, communities, or institutions for their excellent involvement in various sectors.

Dr. Dipak Harke is known for his matchless contribution to motivating people by meditation and being the first Indian to achieve 174 individual records. He is also known for his extraordinary accomplishments in different walks of life.

D Litt in Spirituality was given to B K Dr Dipak Harke to promote Indian ancient Rajyoga Meditation by doing 174 different world Records.

He was also felicitated by actress Madhuri Dixit in Goa with the “International Glory Award.”

In the same way, actress Urmila Matondkar felicitated him with the “Indian Glory Award” in Delhi.

Actor Sonu Sood honoured him with the “International Glory Award 2021” in Goa.

Dr. Dipak Harke was honoured in Bangkok by Marissa Fankwamfi, a well-known Thai entrepreneur, and Dr. Abhiram Kulshreshtha, Director General of the National Institute for Education and Research.

Lord B. Parekh, Lord Rami Ranger and Amrita Devendra Fadnavis presented them with the Bharat Gaurav Award in the House of Commons of the British Parliament in London.

The post Dr B K Dipak Harke was felicitated by Maharashtra Times as Trendsetters 2022 for his remarkable role in achieving 174 World Records appeared first on Republic News Today.