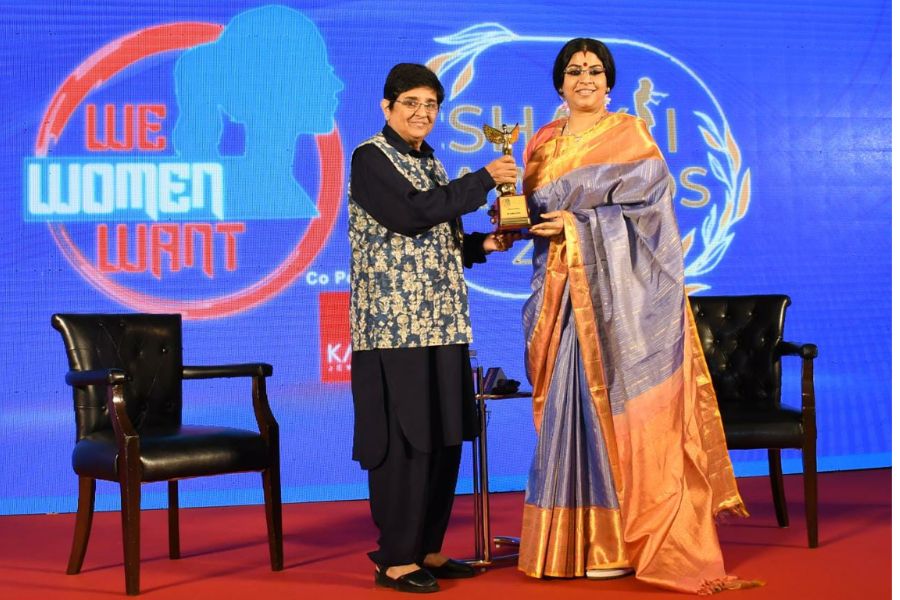 September 5: NewX and India News organised the We Women Want conclave & Shakti Awards on 24th August 2022 at Le Meridian Hotel in New Delhi to celebrate the unconquerable courage of women and their empowerment.

Dr Sohini Sastri was awarded as a successful woman Astrologer, Life Coach and Philanthropist by Kiran Bedi Ji, the 1st woman IPS officer in India and an Indian social activist & former lieutenant governor of Puducherry. She is felicitated by the president, Vice President and governors of three states for her contribution to astrology and society, and she is also considered the Best Astrologer in India by different portals and media. She is in the top 10 astrologers in the world. She has written many books about astrology and is a regular columnist in many popular magazines, and is a very popular face on different TV shows. She established herself as a successful woman in this men-dominated society against all odds. She is the true example of Women Empowerment – ‘Nari Shakti’.

Other renowned personalities were also present at the event. Shri Anurag Thakur, current Minister of Sports, Youth Affairs and Minister of Information and Broadcasting in the Second Modi ministry; Smt. Kaveree Bamzai is an Indian journalist, author and film critic; Khushbu Sundar is an Indian actress, politician, film producer, and television presenter; and a few others.

Everyone was honoured and graced, and all women truly made themselves an example of Nari Shakti by their indomitable spirit in their respective working fields. Website – www.sohinisastri.com